Welcome to Mastery High School of Camden, home of the Warriors! We serve students in grades 9-12.With AP classes and dual enrollment, our students can earn college credit while they are still in high school. They can also explore various careers through our internship and automotive tech programs, get one-on-one coaching from college & career advisors and help to prepare for the ACT.

Opportunities? We’ve got them! From sports and robotics to travel and music, students have tons to choose from. 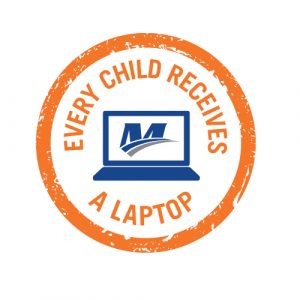 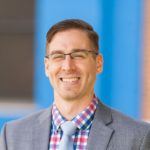 Andrew Anderson is honored to serve as principal of Master High School of Camden. As the founding special education teacher at MHSC, he began his work in Camden in 2014. Mr. Anderson loves to collaborate with students, families, and community partners to ensure Mastery High School of Camden provides an all-encompassing high school experience for students.

Prior to working at Mastery High School of Camden Mr. Anderson taught 8th grade special education at Freedom Prep Middle School in Camden. Before becoming an educator Mr. Anderson served with the 82nd Airborne and deployed to Afghanistan in support of Operation Enduring Freedom.

He earned his Bachelor of Arts in History from Rowan University. After serving in the United States Army Mr. Anderson earned his Masters of Education from the University of Pennsylvania.

Mr. Anderson has a passion for the outdoors, health and fitness. He spends much of his time after school in the Warrior Nation weight room working out with students. He instills a healthy mind and body mindset to support students on their pathway to post-secondary success.  He is proud to be the principal of the first high school in North Camden and serve over seven hundred families.

Our staff is available to support you and your child throughout their school experience. We are available to meet with families and answer questions via the email addresses listed here.

01/26 | Mastery Schools of Camden Board Meeting