Thanks to ‘Abbott Elementary,’ one Philly school is getting free books - Mastery Charter School 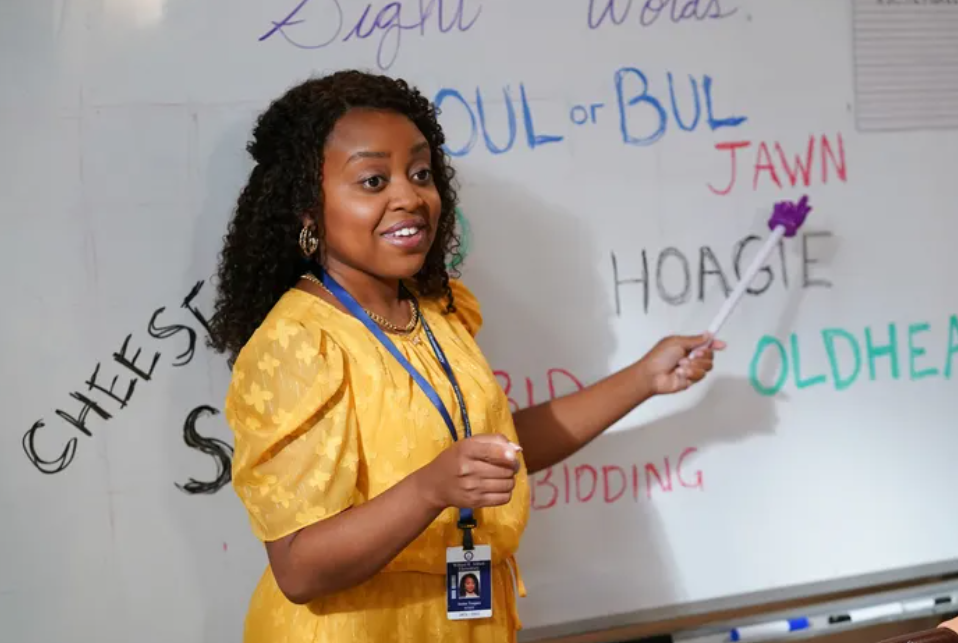 Thanks to ‘Abbott Elementary,’ one Philly school is getting free books

Philadelphia Inquirer
by Kristen A. Graham
Photo by ABC/Gilles Mingasson

Mastery Harrity Charter School, at 56th and Christian, will get a free book fair next week, courtesy of Abbott and Scholastic. Each Harrity student will receive two free books and each teacher 10 free books, school officials confirmed. Book fairs will also happen in Chicago; Los Angeles; Erie, Pa.; Minneapolis; and Flint, Mich., according to Variety, which first reported the news.

Philly native Quinta Brunson, Abbott Elementary’s creator, writer, and star, attended Harrity when it was run by the Philadelphia School District. The school now is run by the Mastery Charter network, but it remains a neighborhood school open to children who live in the school’s attendance zone.

Brunson was inspired to write the show by her mother, a city teacher. The fictional school was named for Joyce Abbott, a favorite teacher of Brunson’s.

It’s not the first time Abbott Elementary has meant more resources for city teachers. The show’s Teacher’s Lounge made stops at some Philadelphia public schools earlier this year, dispensing supplies to educators. And Brunson herself came to Comegys Elementary in Southwest Philadelphia, to surprise third grade teacher Xiomarra Robinson; Wells Fargo donated $40,000 to the school as well.

Abbott Elementary emphasizes the theme of how a lack of resources affects city public schools, at the same time a landmark school-funding trial alleging Pennsylvania fails to meet its constitutional obligation to fund all schools is ongoing. The show’s characters must get creative to provide students with the educational experience they need.

“Ultimately, I believe public schools should be better funded/ supplied,” she wrote on Twitter. “However, in the meantime, Abbott (the TV show and people behind it) are really excited about doing things like this.”