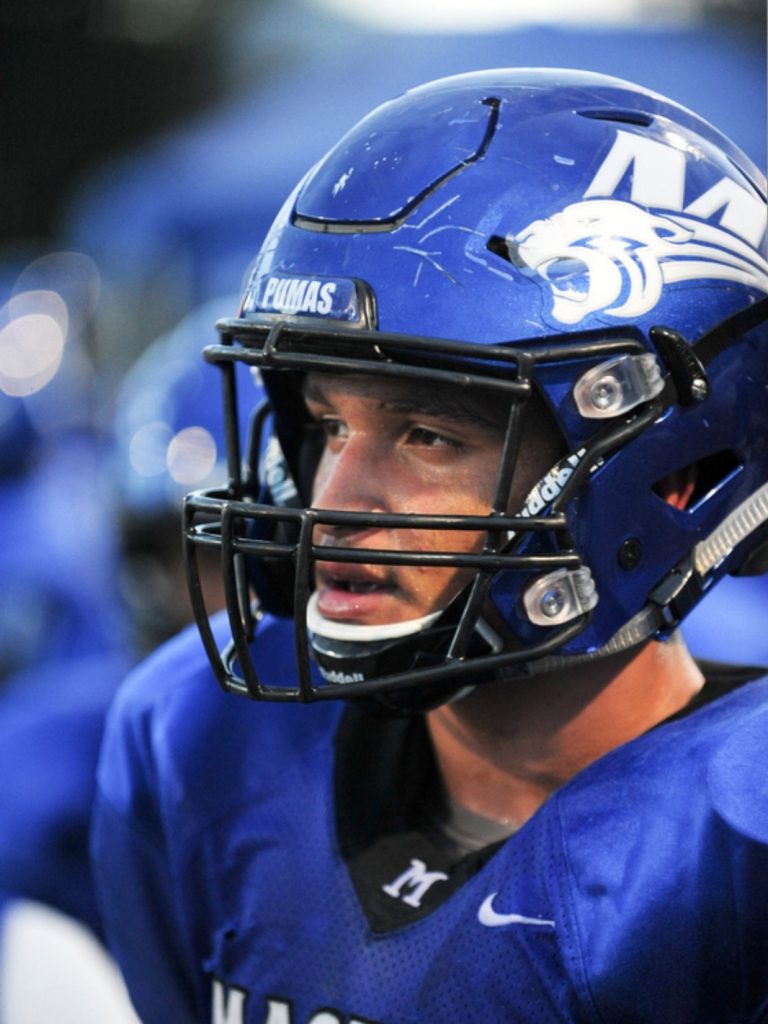 Mastery North football player Daniel Braggs was recently recognized as one of 60 students in the Philadelphia Tri-State area for the Mini Maxwell awards of the Maxwell Football Club. The award recognizes students for their hard work on the playing field, in academics and in the community.

The Mini Max high school award recognizes the top players in the Philadelphia in the PIAA districts 1, 3, 11, & 12. The students are nominated by their coaches. Braggs was among those honored at a special awards dinner on January 10.

Braggs, also known as “Gumball,” is a rising star among local high school football players. Here are a few of his accolades:

“Am I excited about this? Yes, definitely. This is the result of a lot of hard work for me,” Braggs said. “Like a lot of kids, when I first got to high school I had dreams and ideas of what it would be like. But it’s so much more. Like any endeavor, you’re going to get out what you put in. Being captain of the team is a big responsibility. I wake up sometimes at 3am to get my homework done. I put in a lot of time and effort. This award is the culmination of that.”

The 64 players selected are from schools located in Districts 1, 3, 11 and 12 in the eastern half of the state. According to Braggs’ coach, John Davidson, head coach for the Mastery North Pumas, Braggs has worked hard and is deserving of the award.

“He’s steadily increased his GPA since his freshman year. Right now he has a 3.19 GPA,” Davidson said. “Just as important is his overall focus and resolve. I mean, yes, he’s a teenager but he’s resilient and determined to make the right choices as opposed to the popular choices. As for post-secondary education he hasn’t made a decision yet. It’s not just about being recruited but reaching out to different colleges and universities yourself. He’s been doing that.”