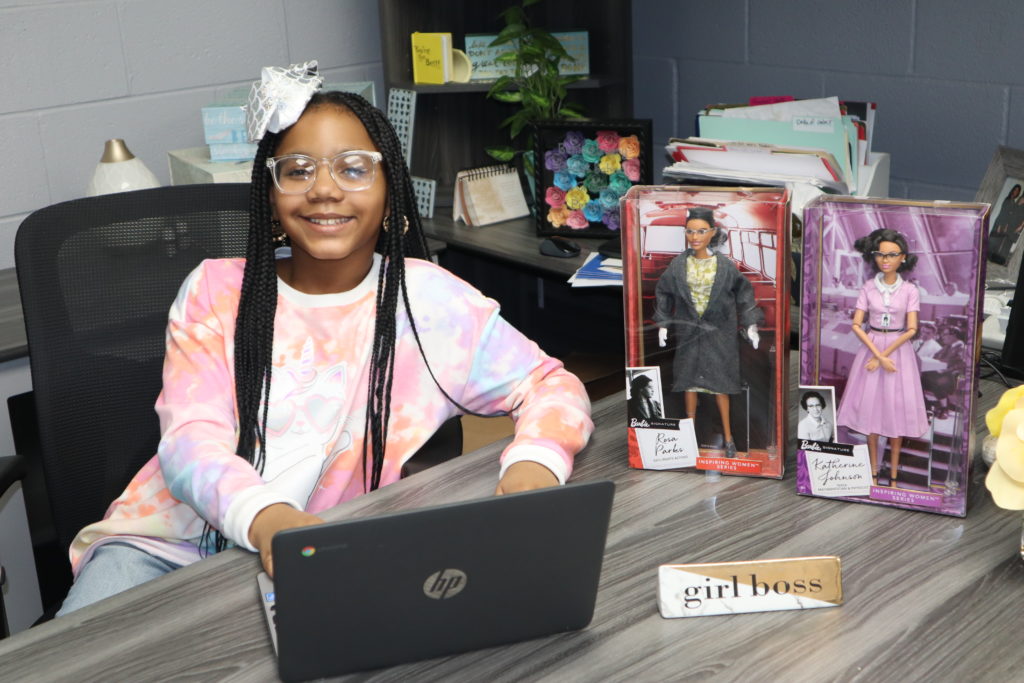 Joi, a fourth grader at Mastery Cleveland, has been thinking a lot about what she wants to be when she grows up. She’s got big dreams and big plans. She’s considered becoming a baker, teacher, architect, and interior designer.

Her mom, Keisha, knows that whatever decision she makes she’ll be well prepared as a Mastery student. Mastery is “very, very interested in their students’ future,” said Keisha. “They make school a home for the kids – a place where they can learn and become productive citizens.”

Joi has been at Mastery Cleveland since kindergarten, and it is clear that the school is leaving an impression on her.

“She’s still in touch with previous teachers. Whenever she gets a report card, she always wants to visit their classrooms and show her report card to them, “said Keisha. “She wants to make them proud. I know they played a big part in why learning is so important to her.”

Joi enjoys math and reading and loves trying new and challenging things. Since her family was unable to take their typical summer vacation, Joi spent this summer researching and learning about how to be an architect and an interior designer. Playing an online game that she discovered on her own, Joi creates digital houses and communities inspired by what she would see on drives with her mother.

“She has me drive to different neighborhoods, developments, and communities to take pictures of the different styles of houses and will go back to the app and builds them, brick by brick,” said Keisha.

“I have a feeling being an architect isn’t easy, but I like challenging stuff,” said Joi. “I think I’d be a good architect.”

Her mom attributes Joi’s sense of confidence to her time at Mastery, recognizing that teachers have given Joi the skills to be independent and confident in herself and in her education. So much so that Joi is already thinking about continuing her education and going to college. She would like to go away, out of state for school, with her top choice being Harvard University.