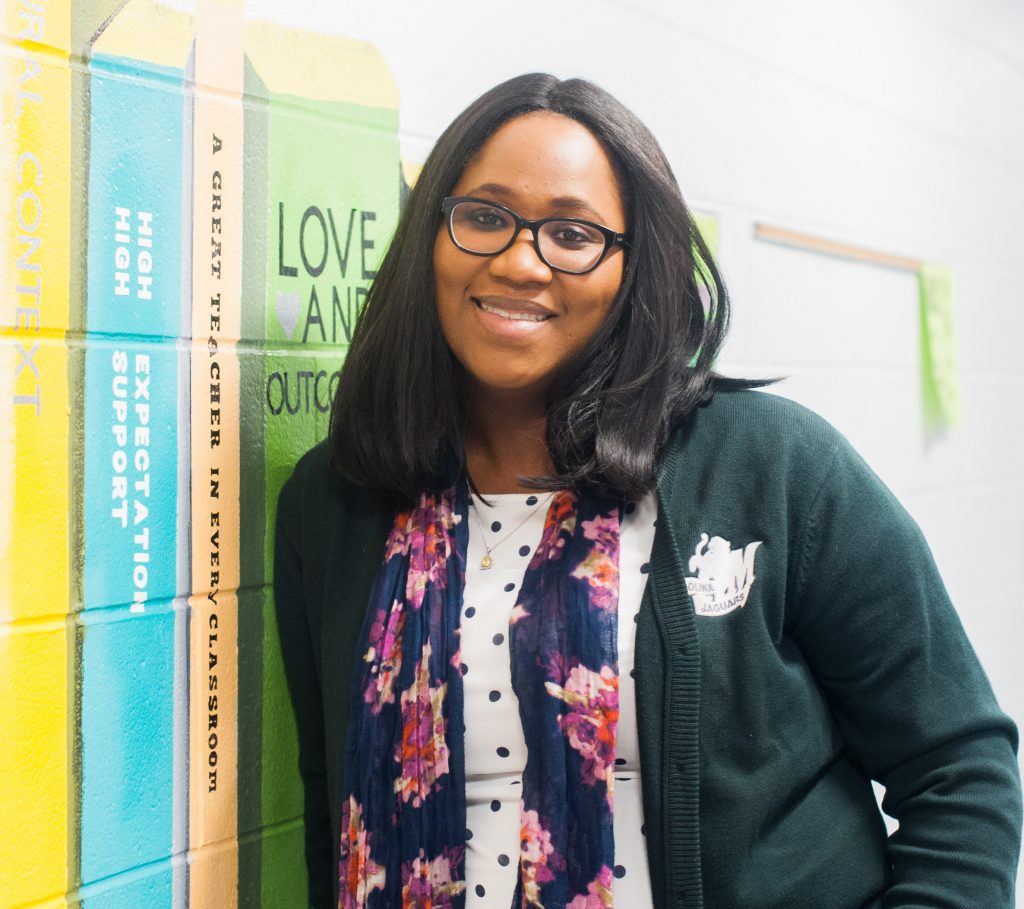 TAP into Camden
by Steven Rodas

CAMDEN, NJ — Education found Rickia Reid, instead of the other way around.

Long before she became today’s Mastery Molina Upper Elementary School principal, she was like any other student – eager and ready to make her mark. She graduated from Lehigh University with a concentration in economics and international relations. A post for the Federal Reserve Bank was what she had in mind. But life had other plans.

The Sept. 11 terrorist attacks in New York City sunk the job market in a way that didn’t make that a tenable path at the time, she said.

Teaching openings, however, started to appear in the vicinity of North Philadelphia where she lived.

Even now – nearly two decades later – Reid remembers the day she walked into a classroom in February 2002 to take over for a 5th-grade class. She had spent four months going from class to class at the school. Filling in. Getting her reps while considering her next career moves.

The February 5th grade class was different, though. This was, for the first time, her classroom.

“Their prior teacher moved to Puerto Rico. Oh, man, it was crazy. They loved her,” Reid told TAPinto Camden, laughing.

“I think it was right then and there that I learned the importance of relationships,” said Reid, who was in her early 20s at the time. “Anyone taking over our classroom mid-year is never good. Even though they had seen me around the building, that was different.”

She combated their dubiousness with consistency, doling out compelling class lessons and going above and beyond to build connections with students and their parents or guardians.

“I will say probably around like April, May, it started improving. And then by June, it was good. The principal and I had conversations about how the class transformed during the time I was there.”

In 2007, Reid started at Mastery Charter Schools in Philadelphia, where she taught math at the network’s Pickett campus.

By 2010, hoping to expand her horizons outside of the classroom she opened Smedley Elementary – another Mastery school – as an assistant principal with Brian McLaughlin.

Then, as the principal of Simon Graz Mastery Charter School in Philadelphia from 2013 to 2015, she increased student attendance rates and keystone literacy exam scores. She was in the top position, but Reid says she still felt in her element.

That would change in 2015 when her superiors approached her to serve as the principal of Camden’s Mastery Molina Upper, a renaissance school which enrolls 3rd to 8th graders.

“We have a school in Jersey, they told me. I said, ‘What? Jersey? I don’t know if I’m ready for this,” she recalls of the offer.

After a pause, “I decided then, yes, I’d take the leap,” she remembers responding.

It didn’t take long to know she made the right choice, Reid says.

In a year, the Mastery Molina would double its Partnership for Assessment of Readiness for College and Careers (PARCC) exam proficiency rates in math and language arts. The scores have steadily climbed every year since.

Reid has been pivotal to that success, receiving the 2018-19 Philadelphia 76ers Game Changer Award. And her hats go beyond principal, serving also as a geometry and math teacher during her tenure in the city.

What is the difference between Ms. Reid the substitute teacher and Principal Reid?

“I think of myself back then at 21 and 22. I didn’t fully know what I was doing. I wasn’t confident. I liked helping people – students and fellow teachers – and seeing kids that were like me growing up,” Reid said. “I have more experience now, but I still feel have the same feeling from back then. I think back to even when I became the principal of Simon Gratz, I loved to know I was helping children achieve their dreams.”

As a principal, Reid has made it a priority for students to see adults that look like them in the classroom.

“We try to be as diverse as possible [how we staff] in order to reflect my students who are about 70 to 75% Latino,” Reid says.

As far as the day-to-day work, Reid says parents, like early in her career, continue to want transparency from their educators, steady communication and an administration that’s personable.

The COVID-19 pandemic of course has presented new challenges since last March.

The renaissance school went remote, but as of early March has begun to resume some in-person school. Reid said roughly half of the 460 students opted for a hybrid format, while the rest remained fully online.

The network has also been allocated some 200 Johnson & Johnson vaccines.

The next few months as the school year continues, Reid said the goal will be to reconnect with students in-person, help 8th graders get on track for high school, enter into 100% hybrid if families and staff are comfortable and importantly, “continue to make class fun.”

“We’ve been seeing them through Zoom, but it’s a little different when you see them in person. I looked at some of my sixth graders, their voices and how tall they’ve gotten. I’m like Whoa, it’s only been a year,” she said. “But you know, for some of these kids I have seen them since they were in kindergarten… They wanted to give me hugs, but we had to air hug instead. We call ourselves a family and despite the trials and tribulations, we’re all there for each other.”