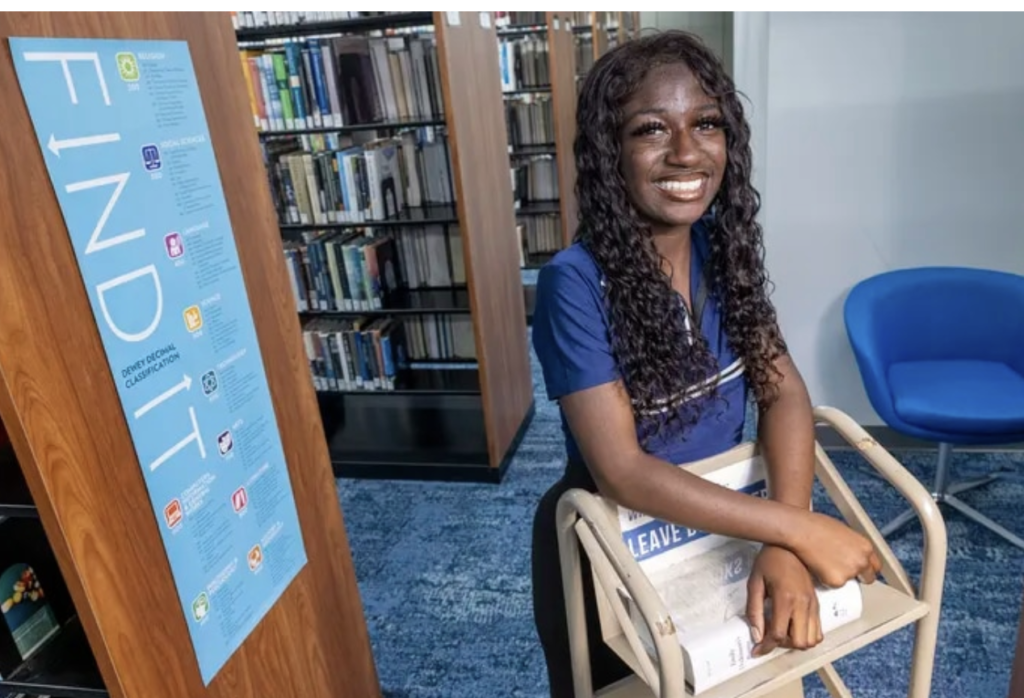 When she was younger, Telicia Darius was enrolled in a program for kids who had challenges in school.

But Darius — and her grandmother — knew her worth, and that better things were around the corner.

So when Darius found out she was to be named Philadelphia’s youth poet laureate, it felt like the fulfillment of a promise.

“My grandma said, ‘I knew you had potential, and you just keep showing people that you do,’” said Darius, 17, a senior at Hardy Williams Charter School who’s taking her classes this year at Community College of Philadelphia as part of a dual-enrollment program.

Mayor Jim Kenney and Free Library of Philadelphia director Kelly Richards are scheduled to formally announce Darius as the city’s 2022-23 youth poet laureate at a ceremony Monday. The honor comes with a $1,000 scholarship and a platform — the ability to engage Philadelphians through readings, events, and a project of Darius’ choice.

Darius is thrilled, and only a little daunted.

“I do get nervous; I’m not going to say I have so much confidence that I don’t get nervous,” Darius said. “But my poetry matters, and getting my words out there matters.”

Darius got hooked on poetry early, at age 7. She remembers vividly a second-grade assignment when she had to write about clouds.

“I’ve always been into creative things,” said Darius, who writes and performs in both English and French.

Her work doesn’t concentrate on any one genre, but Darius does gravitate toward poems about things that are going on around her.

“Philadelphia is a really great city. However, we do have problems,” she said. Gun violence is paramount among them; everyone at her school knows someone who’s been murdered, Darius said.

“I would like to use my platform to bring awareness to that,” said Darius, who lives with her grandmother and aunts and will juggle her poet laureate duties with schoolwork, participation in her school’s slam poetry team, and her job at a grocery store. (She’s also participated in the Young Writer’s Workshop at Bard College and the Princeton University Summer Journalism Program.)

Poetry can be a safety valve, she said.

“In the Black community, people say, ‘You’re feeling angry, but we’re all angry. Who cares?’ I’d like to create a space for young people to feel that, to express it,” said Darius.

Going forward, Darius has dreams of continued achievement. She wants to double-major in psychology and creative writing in college and pursue both fields.

“I want to tackle mental health for the Black community, to offer space for someone who wants to go to therapy but doesn’t necessarily do therapy with someone who doesn’t look like them,” she said.

But for now, she’s basking in the honor of having her work recognized in such a public way.

“I know this is really big,” she said.

Darius “is a young writer thinking through body and racial politics with vision and agency,” Airea D. Matthews said. “Her work reaches across every divide to shake those who sleep awake and urge all of us to co-create a different future. Ready and sure, her voice is a clarion call to Philadelphia and the American shores beyond.”

Published
Kristen A. Graham
I cover Philly schools, taking readers inside one of the largest districts in the country. I love a good drum line and a great classroom tale.
Read Article
Back to News