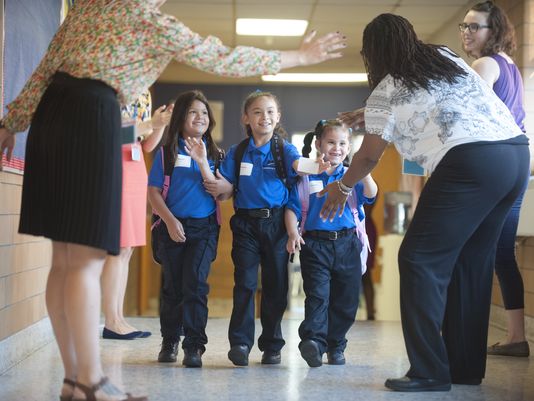 CAMDEN – A onetime North Camden middle school will become a Renaissance high school within the next two years, according to city school officials.

Pyne Poynt Middle School, which has been used on a limited basis by Mastery Charter Schools since the 2014-15 school year while it builds a new school nearby in North Camden, will undergo “significant” renovations, according to Camden Schools spokesman Brendan Lowe.

“The school has been part of the community for so long, and we have for a long time heard from residents that they want a high school in North Camden,” Lowe said Monday.

Lowe added the district’s ongoing conversations with parents and community members culminated in a formal request for a high school in North Camden, which currently has no charter, district or Renaissance high school.

“Since we opened our first school here in 2014, North Camden families have been very vocal that they wanted a high school in their community,” said Scott Gordon, Mastery Schools of Camden chief executive officer.

Mastery hopes to open the new high school in fall 2017 or early 2018, a Mastery spokeswoman said. Ground will likely be broken on a new Mastery elementary school at State Street and River Road later this year with a projected opening date of late 2017 or early 2018.

Renaissance schools, although part of the city school district, are state-funded facilities run by nonprofits. Unlike charter schools, they are intended to serve students in specific neighborhoods.