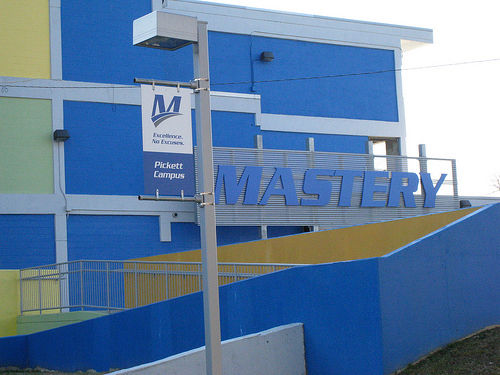 The Notebook-
By Ami Irvin

Mastery Charter Schools will recognize the Islamic holy days of Eid al-Fitr and Eid al-Adha in their academic calendars, joining the citywide campaign for wider recognition of the Eid holidays, the charter operator announced recently.

The decision to observe the holy days, starting next school year, comes after efforts by City Councilman Curtis Jones and the Philadelphia Eid Coalition to advocate for wider recognition of them citywide. Similar decisions have been made in school districts in New York City; Cambridge, Massachusetts; South Brunswick, New Jersey; and Burlington, Vermont.

“I commend Mastery’s board of directors for taking the proactive action of making the two Eid holidays school holidays as well,” Jones said in a statement. “It is my hope that Muslim students at Mastery will continue to grow spiritually and not be marginalized now that the two religious holidays will be recognized.”

Eid al-Fitr marks the end of Ramadan, the Muslim holy month of fasting. Eid al-Adha, the feast of sacrifice, coincides with the end of the Muslim pilgrimage to Mecca or the Hajj.

The Philadelphia metropolitan area is home to one of the largest populations of Muslims in the country, with more than 200,000 residents, according to Philadelphia Eid Coalition.

Because the two holidays are based on a lunar calendar, they typically fall on different dates from year to year. For the 2016-17 school year, Eid al-Adha falls in September and Eid-al-Fitr will be in July.

At Mastery’s charter network, made up of 21 schools in Philadelphia and Camden, students attend 183-185 days of school, a few more than the District’s state-required minimum of 180 days. In observing the Islamic holidays, Mastery said it will add days to its academic calendar.

The School District of Philadelphia does not recognize the two holidays and would need School Reform Commission approval to revise the academic calendar.

Sharif El-Mekki, principal of Mastery Shoemaker and an advocate for the observance, said he has addressed District officials on the topic. “I and several other Muslims from our region spoke at a recent SRC meeting. I believe we were well-received by the SRC and many members of the audience.”

El-Mekki said he was pleased that Mastery was supporting efforts to not exclude members of the school community.

“The board at Mastery was recognizing the diversity of our school community and being inclusive of the growing Muslim community among our students and staff.”