Class teachers young cooks about food wast and cutting back 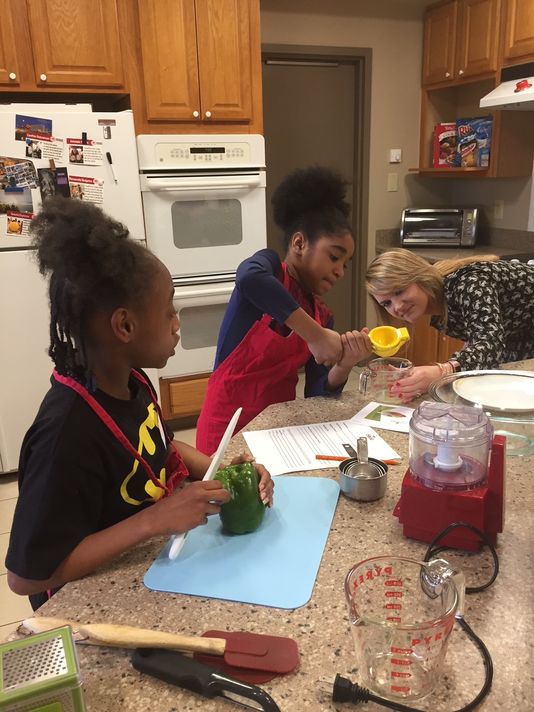 The last thing students want from a class is a zero.

Unless that class is specifically designed to get them to zero.

A group of 25 fourth-graders from The Mastery School, a charter school in Camden, recently took a Zero Food Waste challenge inside the test kitchens of Campbell Soup Company, at the company’s corporate headquarters.

Once they arrived at the kitchens, they formed culinary teams with names such as the Taste It Team, Healthy Consumers and Queen Cookers. Wearing red aprons and psyched to get busy, students took on the challenge as part of a six-week “Cooking Matters’’ program.

The class is administered by the Food Bank of South Jersey, in cooperation with Campbell’s.

Campbell’s staff kicked off the event by highlighting the problem of food waste. An estimated 40 percent of the food created for human consumption is wasted in the United States. This has a negative impact on the environment, and dumps into landfills nutritional ingredients that could help fight hunger, they stressed.

“The big word today is sustainability,’’ Melissa Donnelly, manager of Sustainability Integration and Metrics for the Campbell Soup Company, told the young chefs gathered at a communal table in the middle of the room. “Sustaining is about what we are using and keeping things going and using things over and over … Not letting anything go to waste.

Read Full Article
Back to News