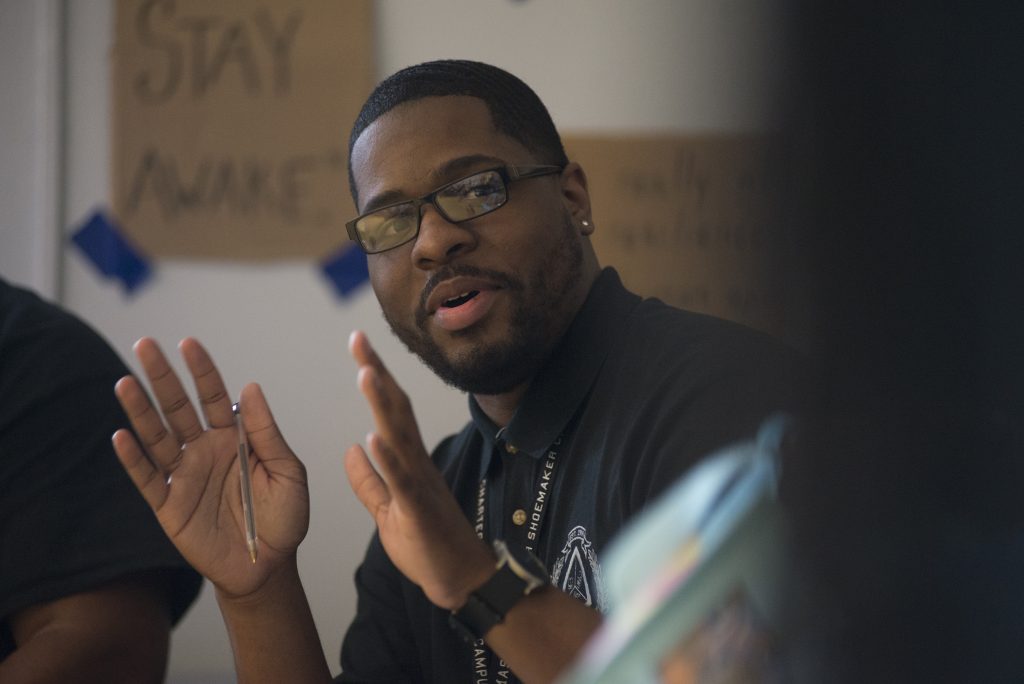 Gerald Dessus was born and raised in the northwest Philadelphia area in a family oriented neighborhood. Everyone on the street was like an aunt, uncle, or cousin – bringing life to the proverb “it takes a village to raise a child.”

Gerald has wanted to teach since he was in the 3rd grade. In 7th grade his teacher introduced the class to The Bluford Series, and that was when he fell in love with literature. His mom was an avid fan of urban novels, and Gerald remembers sneaking into her room to read books like True to the Game and The Coldest Winter Ever.

Avenue of the Arts area in Center City played a large part in Gerald’s development in high school. As his first experience with diversity, it taught him to understand there’s more to culture and living in Philadelphia than the basketball courts, recreation centers and music videos. It was a unique high school experience that allowed him to escape the monotony of his middle school life. Although he attended a HBCU, the exposure that he obtained in high school provided him with the perspective that there’s more to being a citizen in this country than just being a part of the black community.

When it was time to decide what focus in education he would go to school for, Gerald thought to himself, “If I could help other African American young men escape reality through literature the way I did, then I would be making more of an impact.” The first person in his family to graduate college, he achieved his Bachelor of Science in English Education at Lincoln University, and then went on to obtain his Masters of Education with a focus on Curriculum and Instruction.

Gerald’s upbringing instilled an idea in him that he needed to give back. “I could teach anywhere in the country,” he said. “But I’m responsible for my community and for the children in my community.”

More important than how or why he joined Mastery, is why he stuck around. “I feel like my administrators were invested in not just me as a person, but my teaching.” Throughout Gerald’s time at Mastery Charter Pastorius Elementary, he was given the room to experiment and try different strategies to reach his students. “Having the opportunity to make mistakes allowed me to create a big picture and make a vision for my classroom that I wouldn’t have gotten anywhere else.”

Administration changes at Mastery Charter Pastorius Elementary had Dessus considering teaching elsewhere until he was approached by Mastery Charter Shoemaker Principal El-Mekki. After a long conversation, Gerald realized that the classroom he envisioned was also the classroom that Principal El-Mekki was offering. He spent the summer with members from the Network Support Team making a scoping sequence and digging up resources that he would use for each topic discussion.

For the past 2 years Gerald has been teaching Social Justice – a course he created and developed – at Shoemaker Campus, which has been extremely fulfilling for him. “It has challenged me in a way that I’ve become a completely different man.” Gerald explained. Last year was a pilot for the Social Justice course, and this year other campuses are being supported to adopt it into their curriculum as well.